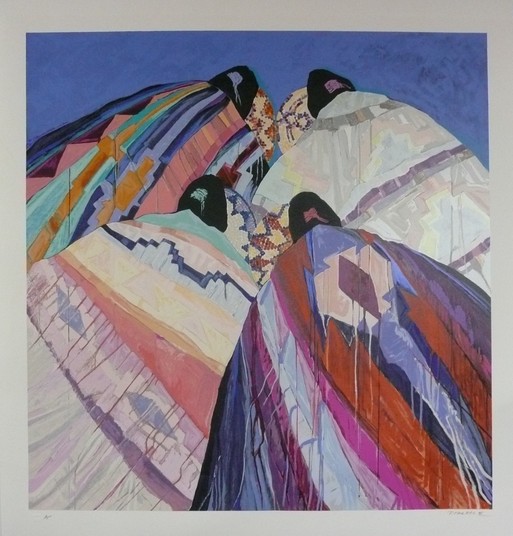 Dolona Robert's trademark is her portrayal of the backs of native women draped in colorful and intricately designed blankets.  The blankets are not meant to be literal representation of actual designs but unqiue patters of her own creation.  Each blanket is a combination of geometric forms including stripes, zigzags, and diamonds.  The fact that no two are alike is a testimony to her skill in arranging patterns, colors, movement and form.

A characteristic common to her images in the "Blanket Series" is that the faces of the native are always turned away from the observer. This expresses the mystical quality of the Pueblo Indian rituals and designates that the viewer is a spectator rather than a participant in these ceremonies.

The "Blanket Series" has brought Dolona Roberts to prominence in the art world.

Born in Santa Fe, New Mexico in 1936, Dolona Roberts infuses her artwork with the heritage and traditions of the American Southwest. Roberts studied art at the Colorado College of Fine Art and at the University of New Mexico, where she benefited from studying under renowned artists such as Elaine de Kooning, Kenneth Adams, and Randall Davey. This was also where she was first exposed to abstract expressionism, which she taught herself to combine with traditional Southwestern techniques to create a unique artistic style. Roberts’ trademark images are of Native American women draped in colorful, intricately design blankets bearing unique geometric patterns of Roberts’ creation, no two of which are alike. Describing herself as a “colorist,” it is through using color in unique and expressive ways that Roberts is able to capture the intensity of feeling that her images relate to.

Other works by Dolona Roberts 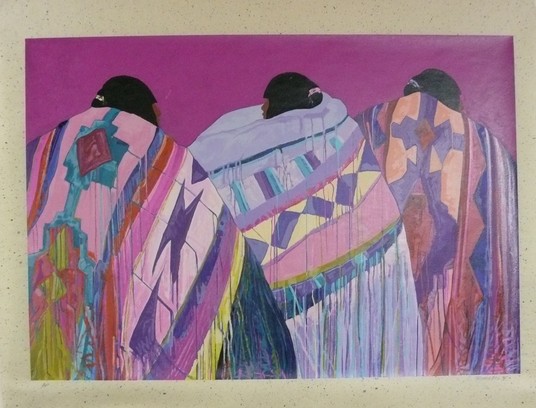 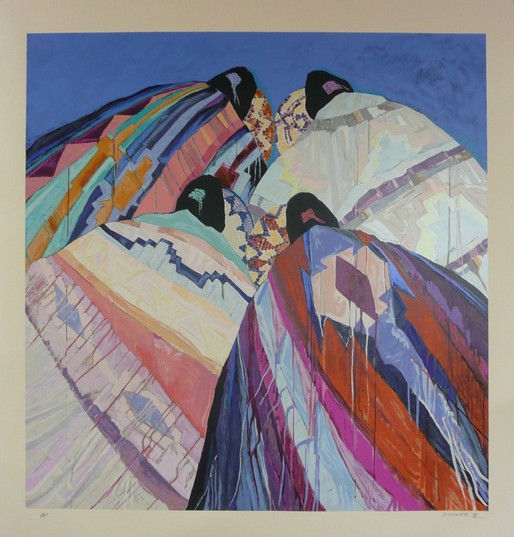