In 2007 George Stavrinos was elected posthumously to the Society of Illustrators Hall of Fame. 17 years after his passing he was getting the recognition he so richly deserved. George was only 42 years old when he died from complications of pneumonia. His life was cut short by the AIDS epidemic that swept like a scythe through an entire generation. There remains energy in his art that transcends the sorrow of those and the intervening years.  Among contemporary illustrators, there are those who consider him one of their towering inspirations. George Stavrinos repeatedly demonstrated that illustration could be more than decoration. An illustration could be imbued with dramatic content, it could be monumental in feel, and it could stand as “Art” in the truest form of the word. In a fast-paced world with no attention to detail, the art of illustration and George Stavrinos have been lost until now.

Don't miss this opportunity to enjoy at least one of these rare illustrations of "The Letter". 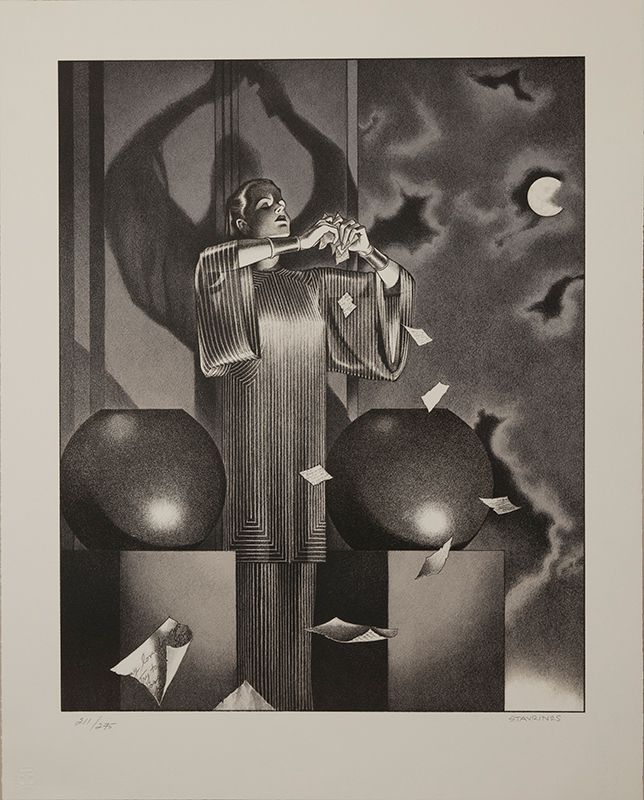 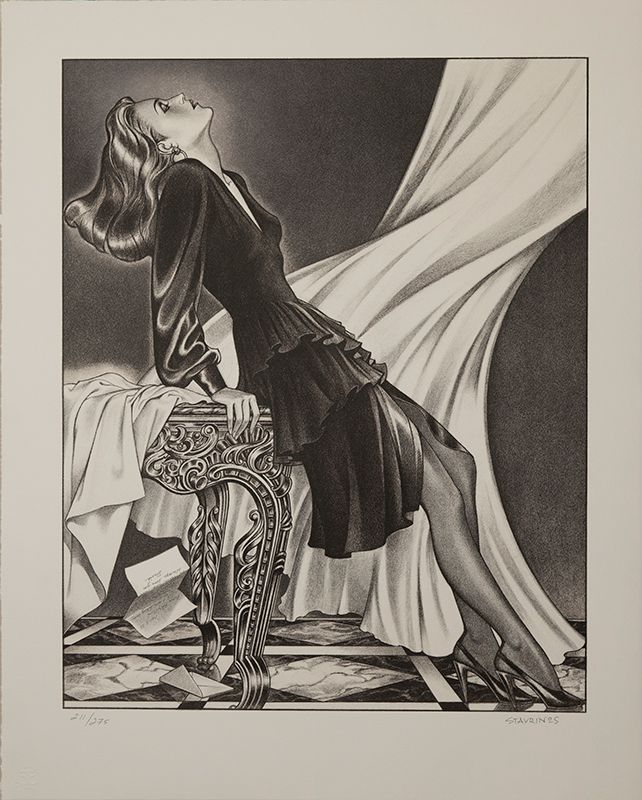 The Letter Swept Away 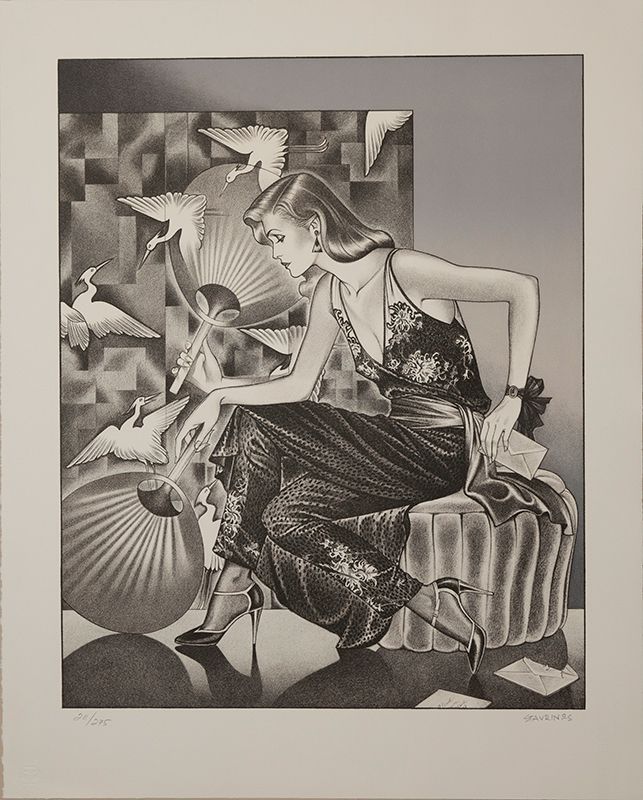 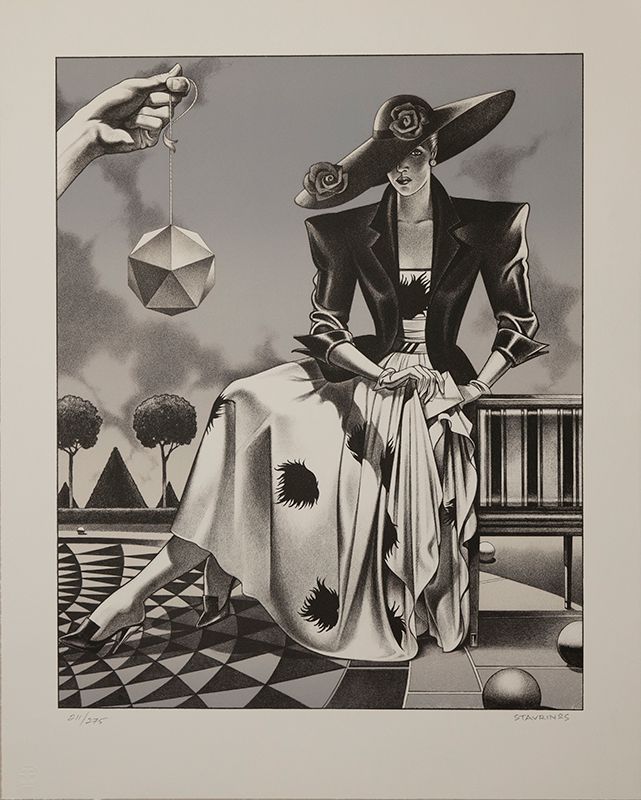 The Letter The Messenger