Joseph Fernand Henri Léger (French: February 4, 1881 – August 17, 1955) was a French painter, sculptor, and filmmaker. In his early works he created a personal form of cubism (known as "tubism") which he gradually modified into a more figurative, populist style. His boldly simplified treatment of modern subject matter has caused him to be regarded as a forerunner of pop art. 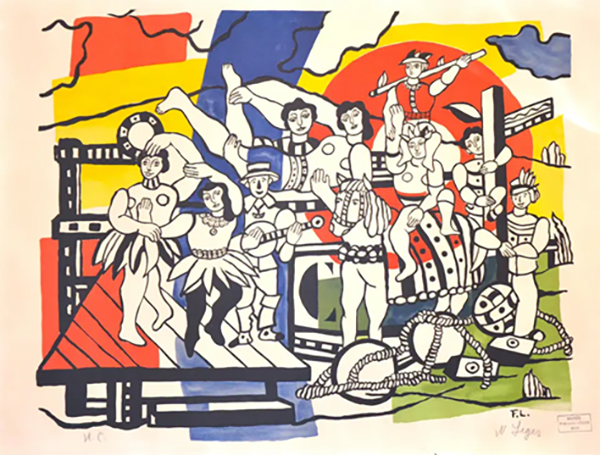