Yaacov Agam (Hebrew:  born 11 May 1928) is an Israeli sculptor and experimental artist best known for his contributions to optical and kinetic art.

“There are only a few words that accurately describe Yaacov Agam,” ‘Innovator’, ‘genius’, and, yes, ‘icon.’ The man is definitely an icon.”

That’s exactly how the Jerusalem Post Magazine describes Agam in its new profile of the world-famous artist. The magazine devoted a recent cover story to Agam—titled “An Icon at 90”—in celebration of the artist’s milestone birthday in May (2018)

Not many artists have an entire museum devoted to their works, but Agam is a special case. He has art in museums and art installations all over the world. He also has the distinction of being the art world’s best-selling Israeli artist.

“Three years ago, at a public auction of Israeli and Jewish art in New York, someone paid $700,000 for one of my pictures,” says Agam. “No other work of an Israeli artist—alive or dead—has fetched a higher sum.”

In a charitable act befitting an icon, Agam is currently leveraging the success of his museum and his record-breaking auctions to help open a cultural and art education center in Rishon LeZion.  He tells the Jerusalem Post that opening the center was his wish for himself for his 90th birthday, adding, “I will not rest until I fulfill my dream.”

This is a rare opportunity to own one of his artworks at a special price and help make his dream come true. 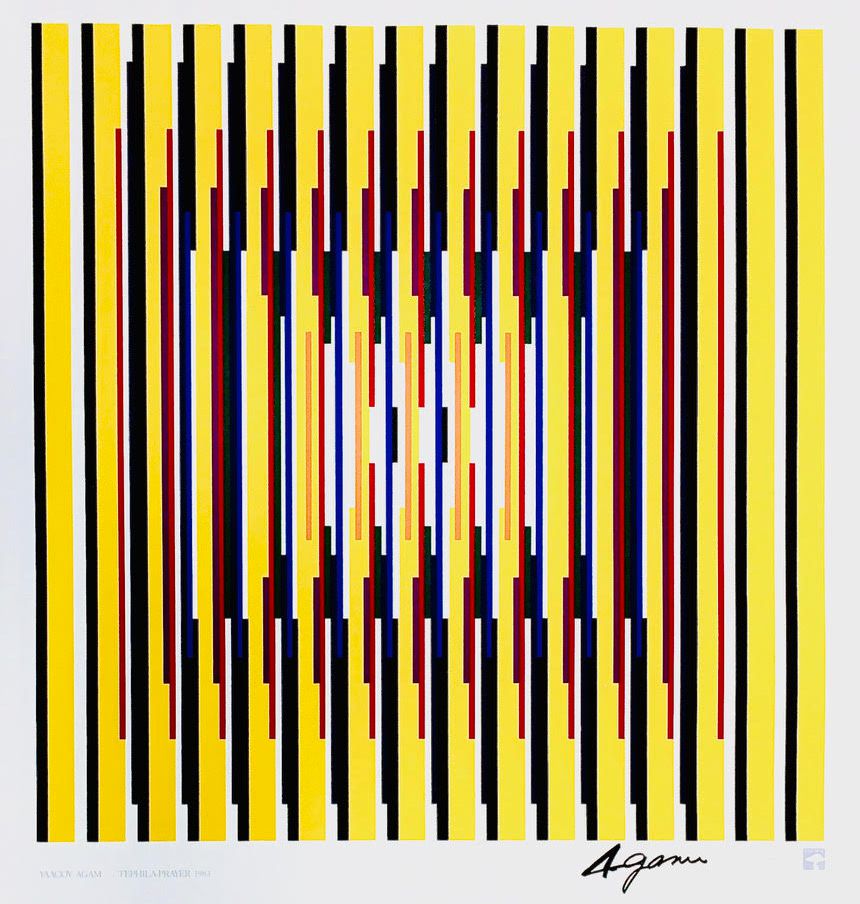